about life and wherever the wind takes us

It has been awfully quiet here. Woops. I guess I was very busy.
And that’s awesome news! Me? Busy? As expat wifey? Go girl! (a little self-encouragement never killed nobody 😉 )

So what have I been up to? I have been doing a lot of trips lately and in between these trips I’ve been trying to arrange stuff around the house and doing my voluntary work.

I guess you’ve all seen the spam about my trip to the Lost City, which was amazing (the trip, of course.. the spam was just irritating)! And if you haven’t read the four chapters yet, well.. I could say you’re missing out, but honestly they’re just funny stories. My awesome friend and co-writer Christophe Christiaen has put an amusing and interesting twist to them!

I have also been to San Andres, a Colombian island next to Nicaragua. Very Caribbean, even Jamaican! San Andres is a beautiful island, but I left with mixt feelings. You can read all about it in this post!

The last trip (if I don’t include the occasional trip to Playa Blanca) was to Montería, a little city between Cartagena and Medellín. Less Caribbean, though very hot. Montería happens to be the capital of the cattle market of Colombia, which made me inevitably eating the most delicious meat, yummy! I haven’t really seen a lot of the city itself because I was working on a project, but I do can tell that the city had a different vibe than Cartagena. It has a lot more green on the streets, they have a very nice park, and traffic is a little less aggressive. What I didn’t like was the women being so stressed out about how they look, while actually they already look like queens. This is a normal thing in Colombia (at least on the coast), but what I’ve seen in Montería, really topped it all. More on this subject later on..

I have also been busy studying the Cartageneros and their facial expressions and body language. Which are totally awesome to imitate (check my Instagram)! Also more on this subject soon..

And of course, I’ve been doing the usual stuff as well.. chasing sunsets and digging my feet in the sand. 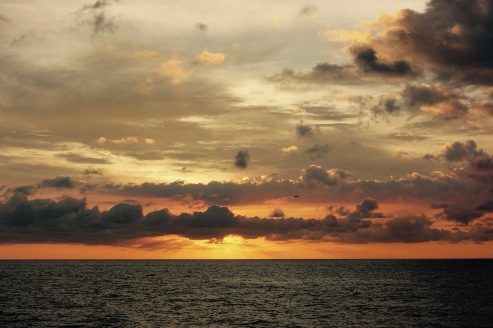 So, because of these trips and all the new impressions I have, I decided to make a little change to the blog. Beside Expat Stories, you can now also find Travel Stories, where you can read about my travel experiences. It is not another travel blog telling you what you need to do/see or where to sleep. This information is already abundant on the web. My travel stories will be very subjective, telling you how I perceived a place and what my experiences were. I guess they will tell you in a way, what you can expect from a place not only looking with your eyes, but also looking with your soul, I mean my soul, or something like that..
Are you still with me?

4 thoughts on “Hold it right there, young lady!” 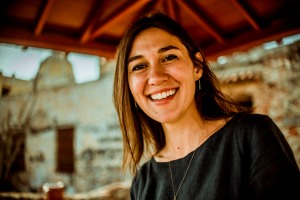 I am passionate about writing, connection (not wifi, the human one), discovering life in all its glory, and dancing my ass off to Champeta beats. Read more